‘Private’ is the most junior rank in the Army. 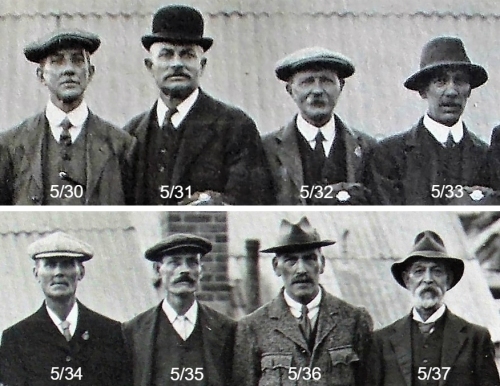 Two of the men (numbers 32 & 34) are wearing a regimental lapel badge which does add weight to this ‘retired soldier’ theory.      Although images are not very clear, they suggest that number 32 man is wearing a Royal Army Medical Corps badge and number 34 could be wearing an Army Catering Corps badge.

During WW1, quite a few military establishments in the UK employed ex-soldiers in all sorts of jobs e.g. clerical; store-keeping; maintenance; catering etc. 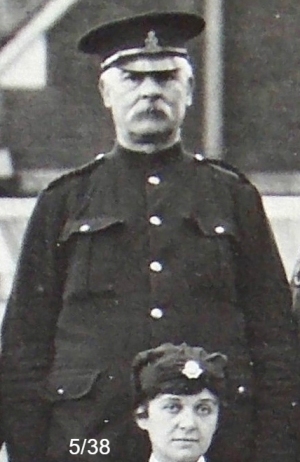 The gentleman, shown above, is probably a member of the Military Provost Guard Service.  The M.P.G.S.  is a unit dedicated to the guarding of military sites, allowing the army to replace civilian guards with trained soldiers.  The M.P.G.S. has responsibilities at sites belonging to all three services.

The Provost branch within the Army also has two other sections:-

Royal Military Police:  The R.M.P. provides the army’s policing services, both in peacetime and in wartime.  Units of the R.M.P. are trained to deploy with the Field Army in the event of mobilisation.

‘Private’ is the most junior rank in the Army.